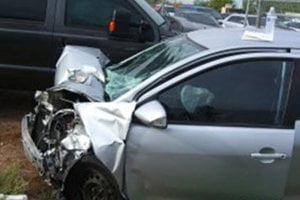 The following verdicts and settlements are some samples of cases in which we have been involved and shows the variety of work we do and the types of results we have achieved. In each case, we actually collected the amounts stated—there are no phantom settlements against uninsured defendants (some law firms may advertise case results that the client never received).

Some of these other cases also may have involved other attorneys from prior firms or different law firms jointly working on a case and such listings are not meant to imply that all the cases were handled by Ringsmuth Wuori PLLC nor intended to guarantee similar results, each case having its own merits.

Unsafe equipment and unsafe hitching/securing of load, causing trailer to crash into work truck and significant injuries to the driver. Read News Article

A teen-ager who had smoked pot ran into the client, who was riding his bicycle on a dark highway.

In many cases there are limited insurance proceeds available and uncollectible Defendants beyond what insurance is available.

At times, the injured client is able to claim uninsured or underinsured benefits through his or her own insurance policy to obtain more insurance money given the magnitude of the harms caused by the accident.

The front hood of a Polaris personal watercraft flew off—striking the client in the face—causing fractures and a closed head injury.

A rear-end collision involving a motorcycle with a diagnosis of a mild head injury.

A worker was exposed to the toxic chemical benzene when piping in the workplace leaked.

Our research uncovered a $1,000,000 insurance policy that provided coverage for the incident.

Confidential settlements caused by defective equipment, leading to a wide variety of damages among several plaintiffs.

Wrongful death of mother, father, and two young children due to leaking propane gas in home on hog farm. Multiple experts presented cause and origin, and scientific testimony. Defendants claimed causation could not be established. Loss of society and companionship damages awarded to each of the survivors in the four estates. Read News Article

There were multiple victims who died when their vehicle was struck by a train at a railroad crossing.

$975,000 settlement : Intern Drowns in Factory Vat Due to Negligent Design

A summer intern working in a factory was found drowned in a vat.

State officials are not immune from liability for co-workers making crude remarks and harassing women, once the State supervisors find it is occurring.

A slight hazard caused a woman to fall and suffer serious knee injury at a local business.

The insurance company refused to pay the property damage bill.

The foundation of a new home had a permanent water leak.

A construction worker was paralyzed from the waist down when the machine he was in tipped over.

A painter doing the finishing exterior coat fell from his ladder.

Multiple attorneys from different firms were involved in a case involving the wrongful conviction of a man charged with murdering a community college professor.

We proved that the Daycare and State failed to screen caregivers.

A young man was pushed, or jumped off a bridge in Manistee, after drinking. We proved the Sheriff had a “turf war” with local divers, and threatened them not to rescue drowning victims.

Blake and Tom have separately and jointly handled many cases involving burn injuries, including those involving propane, scalding water, and from car crashes.

Some of the cases have been resolved for hundreds of thousands of dollars and some in the millions. They currently are handling multiple scald burn cases.

For more information, see the biographies of Blake and Tom.

For more information, see the biographies of Blake and Tom regarding their experience in product liability cases, aircraft crash cases, and general negligence cases.